The World Morality Crisis in Education 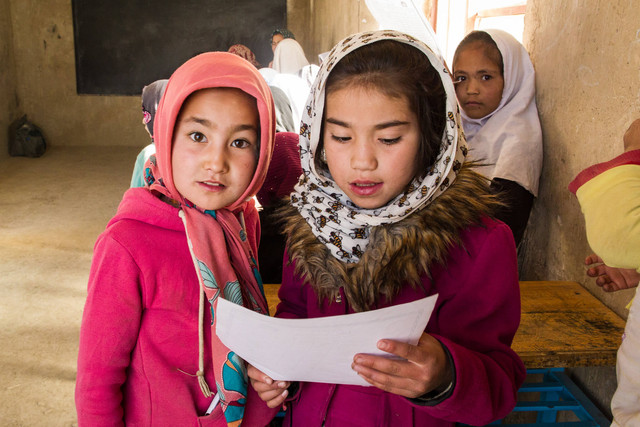 In the midst of the frenzied political party with its various polemics, various cases of immoral abuse that lead to moral damage are re-emerging. Do not want to lose, as if racing to reap destruction by incised black dots on this country of Indonesia. Similar to corruption, the phenomena of moral destruction of this nation seem to take root, disappear and arise between modernization, and are difficult to eradicate.

The rise of such cases point to the fact that the morality of this country is in a serious crisis. The crisis of morality which has also penetrated the realm of education, drags the educators into the students as well. Very ironic. Not only educators, even those who are educated have been exposed to various behaviors that violate morals.

As stipulated in the code of ethics for educators which states that, ” Teachers may not use their professional relationships and actions with students in ways that violate social, cultural, moral, and religious norms .” However, in reality, there are many violations that deviate from this code of ethics.

that a teacher has allegedly committed immoral acts against his students, under the pretext that he will not pass the student if he does not want to comply with his wishes.

Different cases, different motives. With the lure of giving a scholarship, P, a lecturer at a university in the city of Jember, has the heart to tempt DN (student) into following his sexual desires. This, of course, was rejected by the student. As reported by surabaya.okezone.com , that this case has been handled by the Public Relations of Jember State University, Agus Purwanto.

This is one of the actions that lead to the morality crisis that hit the educators in our country. Maybe there are more cases of immoral acts committed by educators, but they are deliberately covered up under the pretext of protecting the good name of certain institutions. This has become a mirror, that the morality of educators is currently experiencing a crisis. Where educators are no longer concerned with morality, but are more concerned with desires and desires. How this country will give birth to a moral generation, while many educators commit immoral acts.

As has been said before, it is not only educators who commit immoral acts, even those who are educated do not want to lose. Various kinds of cases related to immoral acts are widely broadcast. Student brawls, crimes committed by students, cases of irregularities that often occur among students. This situation has indicated that the morality of the students has experienced a crisis. We have seen this phenomenon for a long time, and it is appropriate for us to call it a prolonged crisis of student morality.

Changes in the education system have been addressed. Many government regulations have also been issued. From the child protection law, to the criminal law, everything leads to moral improvement. Everything is done with the hope that Indonesian education can give birth to a moral young generation. The fact remains that moral depravity is still a scourge for this country.

Educators not only provide services, but are also not shy about asking for “services”. And students not only accept, but also “find out” and “mimic” what they see, resulting in violence, crime, and even sexual harassment.

Look at the actions of educators in ancient times. Educators during colonialism were able to give birth to a civilized generation and uphold morality and honesty. It is proven by the birth of Indonesia’s golden generation, such as Ir. Soekarno, Moh. Hatta, Moh. Yamin, as well as other great figures, were able to make Indonesia achieve independence. That’s all without supporting technology. Only books and chalkboards are used by teachers to educate their students, there is no internet, a sophisticated communication tool. In fact, education at that time was able to give birth to a generation that until now has become an important history for education in Indonesia.

If morals are no longer heeded, then various chaos and national problems will always arise. When morals have been neglected, it can be ascertained that there is only depravity in all areas and sides of life.

Indeed, morality is something that is very influential in life, especially in the world of education. In the current era of globalization, education is an important need for a nation. The main factor to produce quality human beings and able to compete, in addition to having a noble character and good morals.

This is where the role of educators comes from. Fixing self-morality, before moving on to the formation of the morality of students. The Character Education Curriculum which is currently being implemented has also made a song that education does not only prioritize cognitive and intelligence aspects. However, it is able to present the younger generation with intellectual intelligence and strong character. Thus, the morale of this nation’s children will no longer experience a crisis or degradation. Therefore, through education with morality, it is hoped that the forerunner of Indonesia can advance this country, and can change the negative views of other countries.

It is time for this nation to show the world that our nation is a moral, civilized and ethical nation. However, if the educators alone are not able to guide students to become a moral generation. Then, who else to expect?

The Relationship Between Health, Education, And Health Literacy

Pdf What Is An Education?

The Power Of International Education